Doesn't your mother feed you?

When asked the above question (in jest, by our good friend), MrC answered:
"Not really.  Sometimes we have to sing to the refrigerator, and then other times we have to go steal money from their wallets to go buy food."
We had been helping with blueberry patch clean up, and the kids were all hungry. ;o)  But still . .  what a ham he is. lol  I think he has been reading Anna's blog . . .
Posted by Annalea at 1:01 PM Links to this post

In commenting at a friend's blog tonight, I realized I had written an entire blog post, and thought I'd widen my audience a bit.  (I'm all for efficiency, especially with blogging time so scarce right now.)  I've been spending a lot of my precious "project" time outside this last week, and am this week scurrying around getting ready for family visits and various schtuff.
Here are my top three favorite gardening how-to books, in ascending order:
Four-Season Harvest: Organic Vegetables from Your Home Garden All Year Long by Eliot Coleman.  Honestly my favorite book on not only extending your season, but making it possible to eat from it year round, in the north, without supplemental heat.  I love Coleman's approach to gardening, and to solving the problem of how to have nourishing, nutrient-rich food even in the dead of Maine's winter.

The Garden Primer: Second Edition by Barbara Damrosch has a wealth of good general information on gardening practices, planning, and care.  I'm going to plant a shrub border like the ones she details in here some day . . .  Barbara shares her experience of years in landscape work, while keeping away from the toxic chemical fertilizers, et al, that are proving to be so unhealthy for both plants and people.  (I grew up on a modern farm--complete with herbicides, pesticides, and fertilizers galore.  I know that of which I speak.)
And my favorite book ever on vegetable gardening is Great Garden Companions: A Companion-Planting System for a Beautiful, Chemical-Free Vegetable Garden by Sally Jean Cunningham. (I saved the best for last.) She talks a lot about the needs for edible plants, what keeps them happy, and how to keep your garden as a whole healthy. (And, since she keeps chemical-free gardening at the forefront, it's highly self-reliant, as well.)  Beautiful photography, open and accessible format, and to the point.  There are garden plans, troubleshooting guides, and loads more.  I <3>
So what are your favorite gardening books and websites?  Do tell!
Posted by Annalea at 9:42 PM Links to this post

Labels: Gardening, how to

A quotable quote, from my cousin-in-law, Eeden:
"Upon analysis, I have determined that your computer's problem is due to a loose screw between the chair and the keyboard."
Have a great Monday!
Posted by Annalea at 2:27 PM Links to this post

We'll start with a $100 dollar bill. Currently the largest U.S. denomination in general circulation. Most everyone has seen them; slightly fewer have owned them. Guaranteed to make friends wherever they go.

A packet of one hundred $100 bills is less than 1/2" thick and contains $10,000. Fits in your pocket easily and is more than enough for a week or two of shamefully decadent fun.

Believe it or not, this next little pile is $1 million dollars (100 packets of $10,000). You could stuff that into a grocery bag and walk around with it. 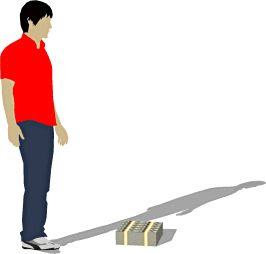 While a measly $1 million looked a little unimpressive, $100 million is a little more respectable. It fits neatly on a standard pallet... 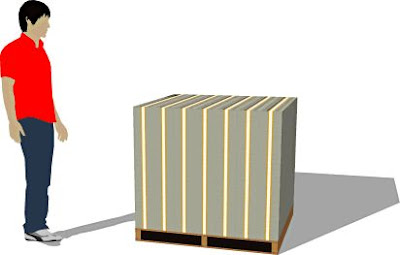 Next we'll look at ONE TRILLION dollars. This is that number we've been hearing about so much. What is a trillion dollars? Well, it's a million million. It's a thousand billion. It's a one followed by 12 zeros.

You ready for this?

Ladies and gentlemen... I give you $1 trillion dollars...

(And notice those pallets are double stacked and how small the man looks.)

So the next time you hear someone toss around the phrase "trillion dollars"... that's what they're talking about.

Make sure you pass this on so everyone can see how much our government is really spending!!

Posted by Annalea at 2:46 PM Links to this post

How I Feel Today

One Song Says It All.
Posted by Annalea at 1:59 PM Links to this post

I'm definitely late to the party.
I'm sharing anyway.
I just realized I could schedule housework.  Ahead of time.  On. My. Calendar.  Woah.
Let's role play, to illustrate the point:
Good Friend Calls: Hi, Annalea!  Hey, I want to get together and take our kids to PlayLand some morning.  When's good for you?
Me: Hmmmm . . . lemme see.  (I look at my calendar for the next week, and see that I've got Monday down for laundry and an activity at home with the kids, playgroup the next morning, Wednesday morning for sorting and purging old kids' clothes, Thursday for family pictures, Friday morning is the children's museum, and the entire Saturday devoted to hacking away at the garage so I can manage to park the van in there before the next rainy season starts.)  "How about a week from Tuesday?" I respond.
Good Friend: Sounds great!  Ten o' clock good for you?
Me:  Yep.  See you then!
Totally obvious.  But oh, so useful!  I think I can see great things happening around here . . .
Posted by Annalea at 7:11 PM Links to this post

Labels: how to, Musing, Tips

on this cloudy day. 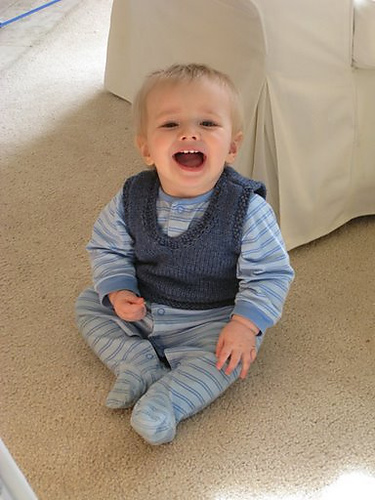 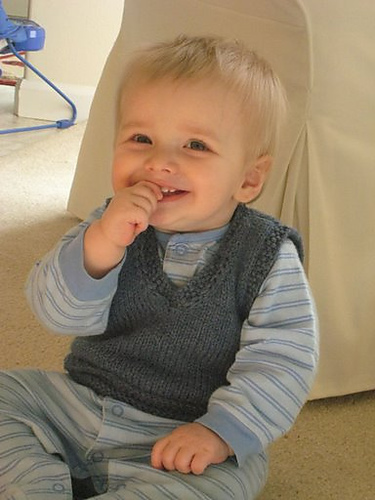 Posted by Annalea at 3:02 PM Links to this post

I ♥  I Can Has Cheezburger.
Posted by Annalea at 8:00 AM Links to this post

("Hej Då!" is a commonly used "good bye" in Sweeden, and translates more literally to "Hello, then!".)
Today the munchkins and I ventured forth once again to the magical blue and yellow box of treasures: IKEA Portland. 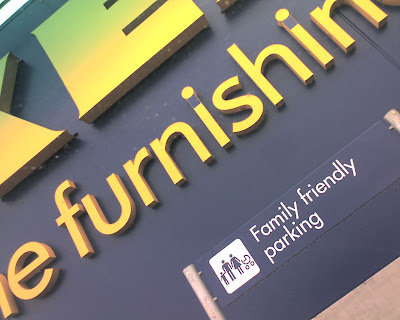 Armed with the knowledge that it's the "ok" button on the phone that actually saves the photos I take, I brought back not only treasures to warm my home and family, but photographic evidence of our journey.
Witness . . . the girls being sweet and cooperative: 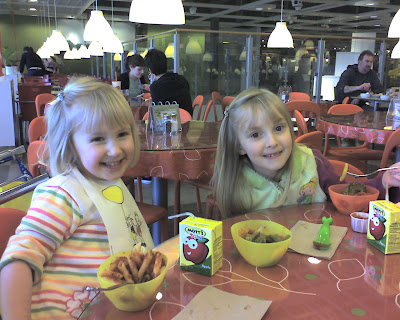 In an uncharacteristic fit of conformity, MissE (now 7--yikes!) agreed to wear a hair clip that matched LilMissL's.  I think they looked adorable . . . and at least there's tenacious evidence (those clips don't. move. ever.) that I did, at one point this morning, brush and otherwise groom their hair!
The boys being . . . um . . . boys: 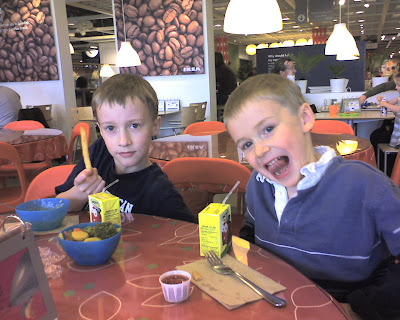 (Don't you love CS's french fry glamour pose?  And I'm so thankful the Anderman's tongue is mostly in his mouth!)  Their heads were carefully groomed with a wet comb before leaving, as well . . . but it's hard to convince them to wear rhinestone-studded barrettes to prove it.
And the Baby bustin' out his favorite new move . . . The Uber-Nab: 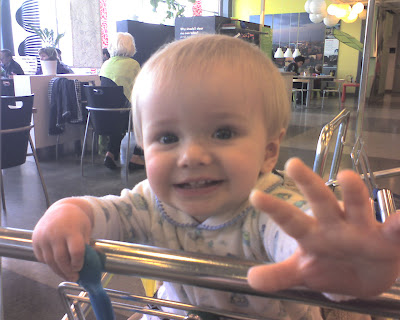 Thanks so much, everyone, for your great comments on my previous post.  I've been pondering over the things said, and they'll show up again in the very near future, as I offer my thoughts on them.
lifeinyonder's concerns are prescient today, as there are so many families in which both parents have chosen to work.  She said:
"And I congratulate you for having the possibility to stay at home and spend so much time with your children! It must be lovely! I hope I too manage to spend much time together with my kids or spend time with them in a way that ties my children to me so that they don't disapear into adulthood. Wonder how one can do that even if one can't be a stay at home mom...? "
While the path I've chosen to stay close to my children is keeping them physically close to me for as long as is healthy for them, there are many ways to stay close to  your children, making lasting and strong relationships with them, if they attend school or otherwise are not physically close to you.
Those ways sound trite, but they work.  With Vern gone to a traditional job five days a week now, we've learned firsthand the value of these.
Make the most of the time you have.
Don't let precious minutes slip by, distracted by things that aren't going to matter tomorrow, or by things you won't remember in a few days.  Focus on the things that are truly important . . . everything else needs to be left by the wayside.  Computers, TV, the internet, and the like are all excluded from our family time.  We play games together (chess is a current favorite, even for our 5yo son), read aloud, do chores together, and otherwise live our lives in concert with one another, involving the children in our tasks, and giving of ourselves in theirs.  I remember knowing families, growing up, whose children were such good friends with their parents.  I longed for that . . . for while my mom is now one of my absolute best friends, I didn't feel nearly as close to her as I wanted to while growing up at home.  It never occurred to me to involve myself in her tasks, as she had always done them alone, and my chores were my own responsibility.  There was no community in housework, something which I try very hard in my own home to foster.  (Foster community, not the lack of it. ;o)
Choose to be happy.
Happiness, love, and kindness are a choice.  Emotions are so strange that way.  They can take us by surprise, as if possessing a life of their own . . . and yet, actions we choose can evoke them, strengthen them, and make them habitual.  (Habitual joy is still joy!)  Stop, breathe deeply, then smile when things get tough.  Calm your voice and clasp your hands when frustration overtakes you.  Everyone loses it to one degree or another from time to time.  Focus on improving the distance between parental meltdowns, on providing yourself space or your own time out when you need to calm down before handling something.  I've recently discovered the incredible value of asking for space when I'm overloaded . . . and my children have caught on with alacrity.  They love it when I can respond to them with patience, and are willing to work with me in order to get it. ;o)
Make your children's lives special.
Show them you are thinking of them, are aware of them, and want to make them happy.  That means allowing them to do things for themselves, as well as providing selfless service.  Notes in lunch boxes, doing fun things together, special surprises of your child's favorite something-or-other . . . whether it's a decoration of their favorite color, or something else.  I've noticed that handmade things are cherished by children, especially as they grow older.  Things that show you've given a gift of self, while children may not think much of it today, will stay with them over time, and coalesce into part of their impression of you.  Be the person you want your children to remember.
And now, speaking of children, I need to go put a couple down for naps. :o)
Thanks so much for reading!!!
Posted by Annalea at 1:41 PM Links to this post 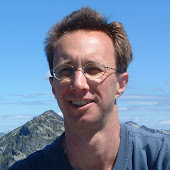 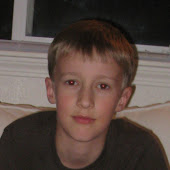 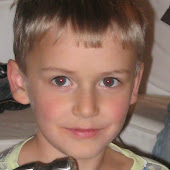 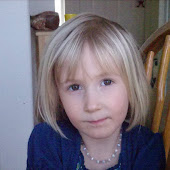 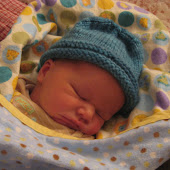